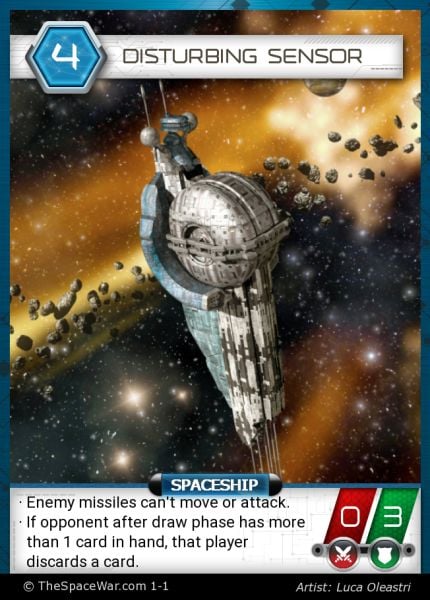 Disturbing Sensor is a spaceship but does not exist to attack but to disturb the hell out of the opponent. 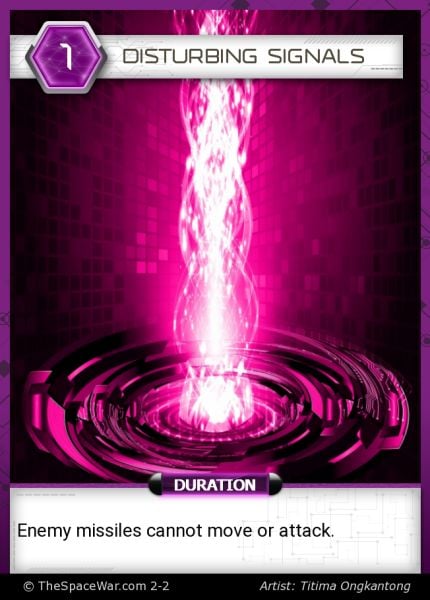 Cards Good Against This 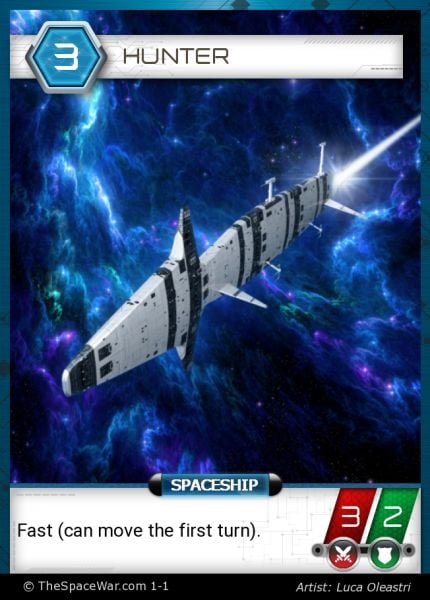 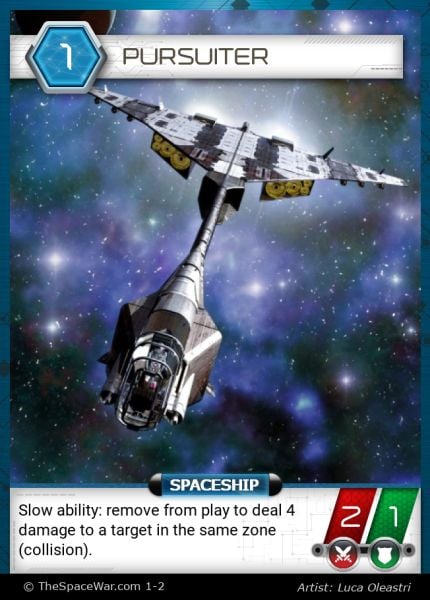 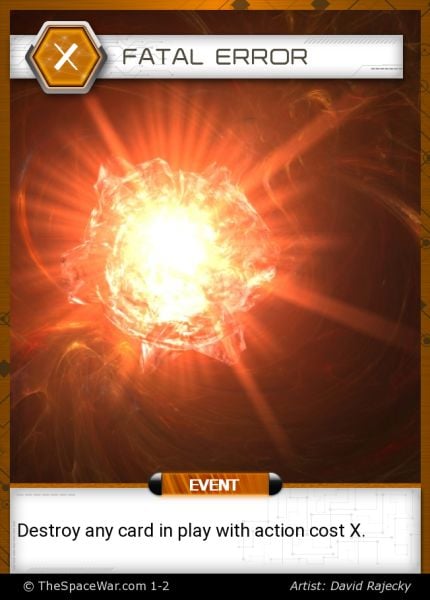 Cards Good With This 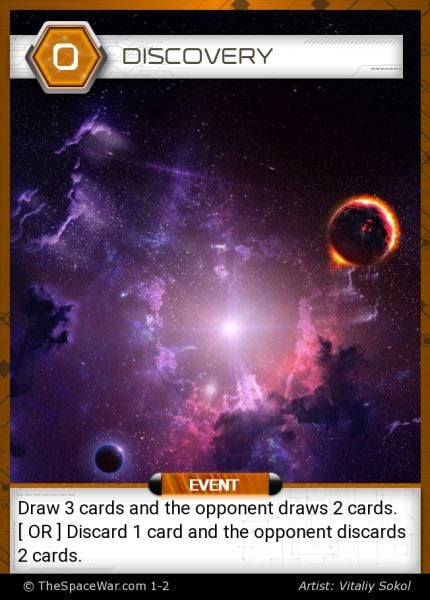 Playing Discovery when you have Disturbing Sensor on the table and forcing the opponent to discard a total of 3 cards after drawing can really affect the game in your favor.

Enter a username to play for free: